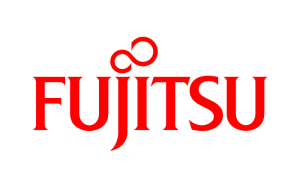 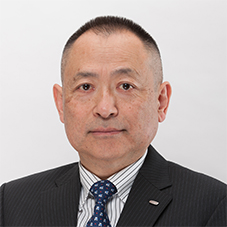 Shuhei Oyake became President and CEO of Fujitsu Frontech North America (FFNA) on February 5, 2021. Prior to coming to FFNA, Shuhei was Executive Corporate Vice President of the Global Business Unit of Fujitsu Frontech Limited in Tokyo, where he used his expertise and vision to lead sales support outside of Japan, including supporting FFNA.

Shuhei has more than 35 years of experience at Fujitsu, beginning his career with the company in hardware-related business in 1984. Since then, Shuhei has experienced a diverse career at Fujitsu and Fujitsu Frontech Limited, including overseas assignments in the United States and Germany.

Then, from 2011 to 2018, Shuhei served as Vice President of Fujitsu Technology Solutions GmbH in Munich, Germany, where he was in charge of sales of hardware products such as Primergy server and Eternus storage.

Since 2018, he has been overseeing global business outside of Japan as Executive Corporate Vice President of the Global Business Unit of Fujitsu Frontech Limited in Tokyo, Japan.

Shuhei earned his bachelor’s degree in Economics from Kyushu University in Fukuoka, Japan. He has a wife and a daughter, currently residing in Kanagawa, Japan. 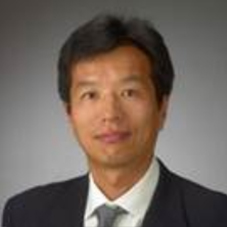 Mahito Mori joins the FFNA team with extensive experience in US, international and multinational companies. Mr. Mori’s 16 years in the US includes positions at Amdahl, DMR Consulting, Fujitsu America and, most recently, Fujitsu Computer Products of America where he was CFO, a member of the board and Corporate Secretary. Mr. Mori’s international experiences include positions in Fujitsu Limited in Japan in both Finance and Corporate Strategy Office, as well as a 2 year assignment in Corporate Finance at Fujitsu ICL in London. Mr. Mori earned his bachelor degree in Business Administration from Kobe University in 1987.  Mr. Mori has a wife and 2 daughters. 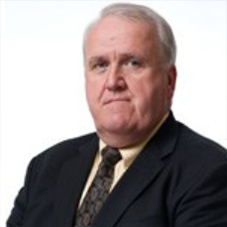 Richard (Dick) Zarski has been with Fujitsu for over twenty years and is Vice President of Manufacturing, Supply Chain and Logistics for Fujitsu Frontech North America (FFNA). With over 25 years experience in high technology industries, he brings a strong mix of new product launch, manufacturing, supply chain and logistics management, quality and service parts logistics experience to his role. He brings a wealth of industry knowledge and management experience to his role in the company.

Mr. Zarski has particular strength and focus in logistics process and quality. He is responsible for ISO 9001:2015 certification for FFNA, and they have received numerous Best Practice nominations by external auditors BSI and DNV. This dedication to quality aligns well with his commitment to operational excellence for our customers. Operationally, he has successfully implemented Toyota Production System (TPS) processes in FFNA’s manufacturing operations.

Additionally he was responsible for the launch of a new Reverse Logistics Operation for Fujitsu America which has driven considerable improvements and efficiencies in the supply of parts to its customers and service organization.

Bob Brower has comprehensive management experience over his 30-year career – specializing in sales and strategic new business development, with a focus on advanced technologies requiring the tailoring of market strategies to drive expansion in rapidly changing, competitive growth markets.  He spent much of his career at NCR (15 years) and Thomson Reuters (12 years), earning a reputation for continually making a positive bottom-line difference while fostering mutually beneficial client & employee relationships. As Senior Vice President – Sales and Marketing, Mr. Brower oversees the business development strategies designed help FFNA to gain market share, while also extending our value proposition with existing customers to ensure that all our clients achieve their business goals.

Mr. Brower has developed a reputation of diversified technology sales leadership success in software, hardware and services matched with extensive retail industry experience. His leadership has allowed for an effective transition of control for U-Scan hardware, software, assets and solution capabilities to be reestablished at FFNA.  This sets the stage for the development of competitive self-service, cash management, and biometric strategies for the many industries we serve, as the company drives its portfolio of offerings in a digital transformative direction.

He received a Bachelor of Science degree in Computer Science from Bowling Green State University in Bowling Green, Ohio. He is currently based out of the Atlanta Metropolitan area.

By submitting your email address, you agree to receive communication from Fujitsu Frontech North America Inc. You can unsubscribe from these communications at any time. For more information on how to unsubscribe, our privacy practices, and how we are committed to protecting and respecting your privacy, please review our Privacy Policy.

This website uses cookies to improve your experience while you navigate through the website. Out of these cookies, the cookies that are categorized as necessary are stored on your browser as they are essential for the working of basic functionalities of the website. We also use third-party cookies that help us analyze and understand how you use this website. These cookies will be stored in your browser only with your consent. You also have the option to opt-out of these cookies. But opting out of some of these cookies may have an effect on your browsing experience.
Necessary Always Enabled
Necessary cookies are absolutely essential for the website to function properly. This category only includes cookies that ensures basic functionalities and security features of the website. These cookies do not store any personal information.
Non-necessary
Any cookies that may not be particularly necessary for the website to function and is used specifically to collect user personal data via analytics, ads, other embedded contents are termed as non-necessary cookies. It is mandatory to procure user consent prior to running these cookies on your website.
SAVE & ACCEPT